Oestrogen in you water? 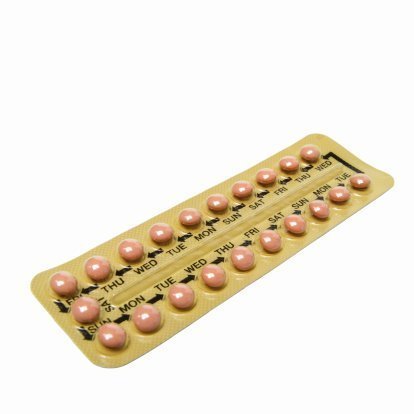 Are you drinking Oestrogen, or Oestrogen mimicking hormones without even knowing it?

Where does this Oestrogen come from? Well one of the main notions is that a large increase in Oestrogen in the water supply is a direct cause of the common adoption of “the pill”. There is no doubt about the fact that the female contraceptive pill contains hormones or hormone mimicking chemicals. It is also a fact that the urine of women taking “the pill” contains high levels of these chemicals. So just what do we think happens to these chemicals after they are expelled from the body? It’s quite simple (and slightly gross). They are discharged into the water systems of our small island. That is into rivers, the sea or straight to a recycling/purifying plant where they are filtered into drinking water. The problem seems obvious doesn’t it? The Oestrogen and other hormones expelled into the water system are recycled and end up being consumed by more people, then they are once again expelled into the water system where they join yet more hormones from the same process and the concentration in our drinking water slowly increases.

This is a huge health risk, and yet is largely ignored by water companies and governments around the world. The solution seems simple right, just filter the water. Unfortunately filtering out Oestrogen is incredibly hard and expensive, and even the smallest concentration can have a profound effect. This is particularly true with drinking water which is something we consume all day, every day. You can see how the level of Oestrogen would slowly, but surely build up.

There are currently no regulations in NZ regarding the dumping of Oestrogen containing effluent as detailed in this interesting article by the herald. The article finishes with a quote from Proffesor Charles Tyler that sums this up for me:

“So we cannot be sure that some of these compounds, albeit of very low concentrations, aren’t getting into our drinking water,”

I have not meant to scare monger with this article, I am only trying to point out some of the issues our society faces. This problem is already widely known and is something that scientists, professors and government officials are already working on a solution to. Our water supply’s are occasionally monitored for increases in Oestrogen levels just to be sure. But there is no doubt in my mind that even these small quantities of Oestrogen are leading to moderate behavioral changes for women that are causing symptoms such as mood swings, emotion outbursts and irritability.

30 PLUS NuWoman is an all natural product made from Black Cohosh that can help to balance hormones and deal with some of the symptoms associated with Oestrogen and other Hormone imbalances. Thousands of women across the world rely on it to help them with symptoms such as: lack of energy, irritability, moods swings and even sugar cravings. While we wait for the levels of Oestrogen to rise to an unbearable point we can at least deal with the minor symptoms many of us are experiencing now with natural medicines.